Recently Bram Krol himself was present at the distribution of about 400 City Bibles to 3 groups of people: New believers (120x), police officers (90x) and evangelists and pastors without their own Bible (160x). From the distribution to people who have just come to faith last Wednesday evening (30 times) he has not been able to take photos, although he was there (camera forgotten). Almost all of them were teenagers. Very impressive. This happened in Kinshasa, in the district near the airport.

Herewith some pictures of handing out to the officers present, the rest would be distributed by the commander; handing it out to pastors and evangelists without their own Bible; Ds. Gilanu handing out bibles to new believers and pastors and a picture of evangelists who attended our congregational growth conference.

City Bibles will print 25,000 City Bibles in French, Lingala and Swahili to alleviate the need for Bibles in the Congo. Also included are 400 whole French Bibles.

Due to the dire poverty and the weak policies of the Congolese Bible Society, Bibles are far too expensive ($ 10 or more) and almost impossible to obtain. In fact, you have to go to Kinshasa or Lubumbashi, almost a world trip for someone from the remote places. I came across a poignant case of one Bible for about 18 villages with more than 20 church congregations spread over an area of ​​20 by 30 kilometers. That one bible was placed in the most central village for everyone to read from time to time, sometimes after a walk of more than 2 hours … we have distributed our last 1000 City Bibles. After Kindu they were gone. New Bibles are urgently needed. During the last circuit leader training with 90 participants in Maluku, we asked which of the a.s. circuit leaders had a Bible themselves. There were 26 … This is certainly not the poorest place in Congo. The lack of Bibles also involves enormous spiritual ignorance.

Congo is a country where 90% of the population is Christian. The church occupies a special place there and is even an economic factor.

Yet the faith is sometimes intersected with the old African religions, such as worship ancestors.

Nevertheless, City Bibles is also active in Congo with the distribution of bibles and key rings. 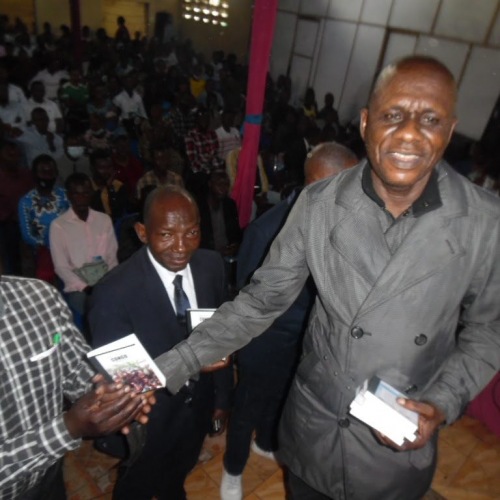 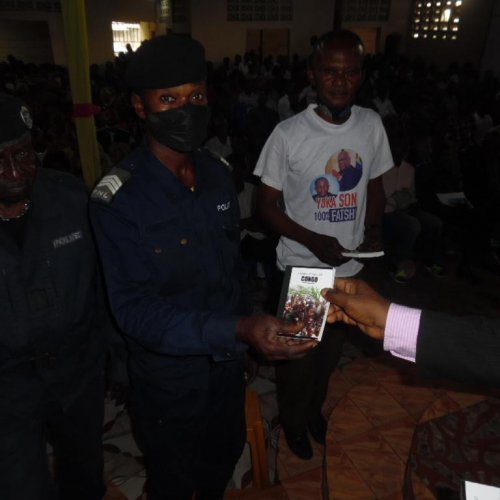 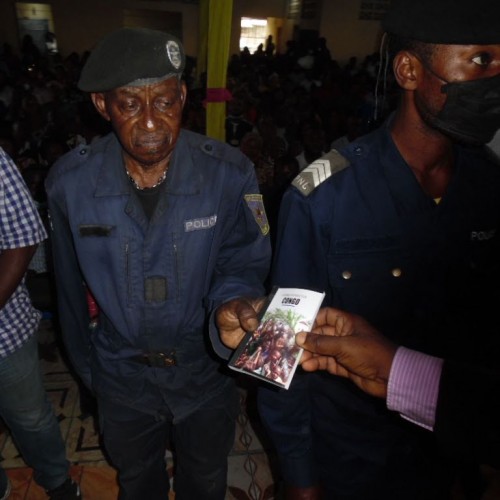 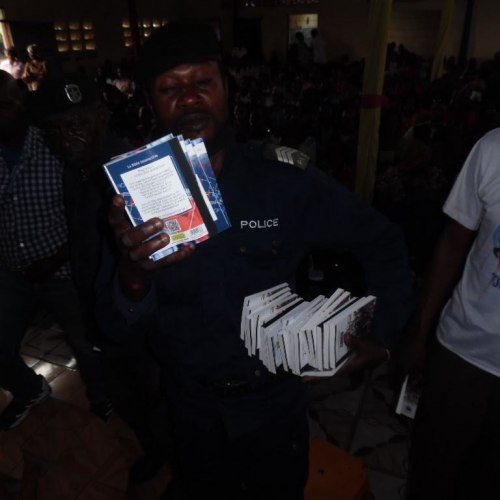 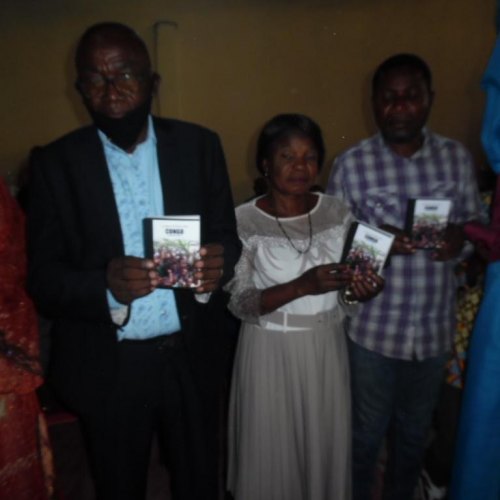 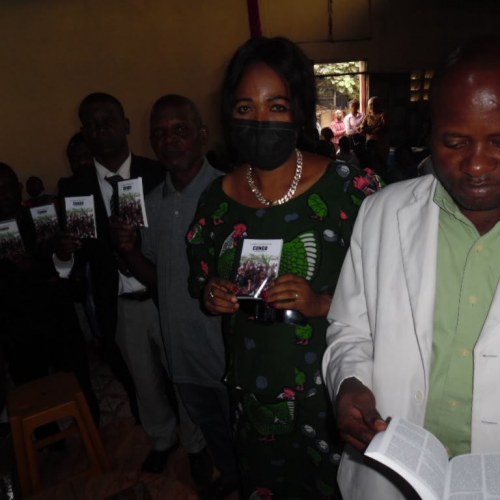 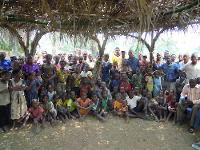 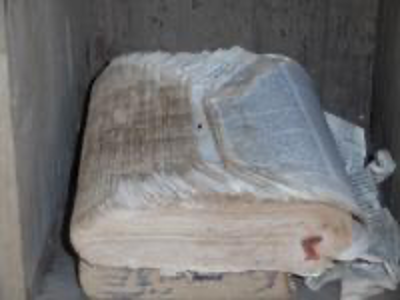